The 5th edition of the Archery World Cup starts next week and Stage 1 features the beautiful Marina of Porec (CRO) for the fourth time. Many new exciting features will appear during the season: the set system, the official mixed team event, the Hit/Miss scoring and the Longines Prize of Precision.

This year’s Archery World Cup comprises four stages that will allow the athletes to qualify for the Final in Edinburgh. The World Cup aims to consistently enhance its competitions by showcasing the events at some of the world’s most spectacular locations. The little Croatian town of Porec on the Adriatic Sea (photo) will offer quite a challenge for the archers with final matches shot over the water in the beautiful Marina. The archers will then go from the beach of Antalya to the Rocky Mountains in Utah and the modern downtown Shanghai. Only the top four archers per category will make it to the Final at the feet of the Edinburgh Castle.

The 2010 edition of the Archery World Cup will officially introduce the changes approved by the 2009 FITA Congress: the mixed team event, a new exciting format of competitions with set plays and, in Antalya and Ogden only, the Hit/Miss scoring for compound! The Longines Prize of Precision will be awarded to the recurve man and woman with the most 10s throughout the World Cup season.

Who will enjoy the trip to the Edinburgh Final?

The 2009 World Cup winner Marco GALIAZZO (ITA) will be the one to beat in this category! Some of the talented young archers include Romain GIROUILLE (FRA), winner of the World Cup stage 1 last year in Santo Domingo, 3rd at the Final in Copenhagen and winner in Porec in 2008. We will have to watch closely also Brady ELLISON (USA), Crispin DUENAS (CAN), Mauro NESPOLI (ITA) and Juan Rene SERRANO (MEX). The Indian team consisting of Rahul BANERJEE, M. S. CHAMPIA and Jayanta TALUKDAR will be hoping to reach the summit! Talking about experience, let’s mention Laurence GODFREY (GBR) and his compatriot Simon TERRY, who won bronze in Barcelona 1992 and came out of retirement to place 2nd at the 2009 World Cup Final, three times Olympian Vic WUNDERLE (USA) and no less than six times Olympian Ilario DI BUO (ITA), winner or the World Cup stage 1 two years ago!

In this category many of the contenders are either young talents or very experienced archers. Among the upcoming athletes, one will see in Porec the 2008 Olympian Mariana AVITIA from Mexico, Karina LIPIARSKA (POL), who was 4th at the last World Championships, and the young Russian Tatiana SEGINA. The Italian team will be led by the young and talented Elena TONETTA and Pia Carmen LIONETTI. Experienced archers include Alison WILLIAMSON (GBR), bronze medallist from Athens 2004 who has five Olympic appearances, Khatuna LORIG (USA) who counts four, and Berengere SCHUH (FRA) who competed in her second Games in Beijing—winning a team bronze medal.

The winners of the four previous World Cup Finals will take the field in Porec next week! Reo WILDE from the USA (2006), Jorge JIMENEZ from El Salvador (2007), Dietmar TRILLUS from Canada (2008) and Sergio PAGNI from Italy (2009) are all threats for victory. They will be joined by former World Cup finalists Patrizio HOFER (SUI), Patrick COGHLAN (AUS), Braden GELLENTHIEN (USA), Roberval DOS SANTOS (BRA), Dave COUSINS (USA) and Peter ELZINGA (NED). The panel is completed by the world silver and bronze medallist from 2009 Liam GRIMWOOD (GBR) and Stephen CLIFTON (NZL).

—
This press release has been distributed by: 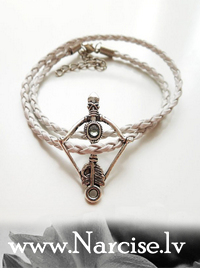